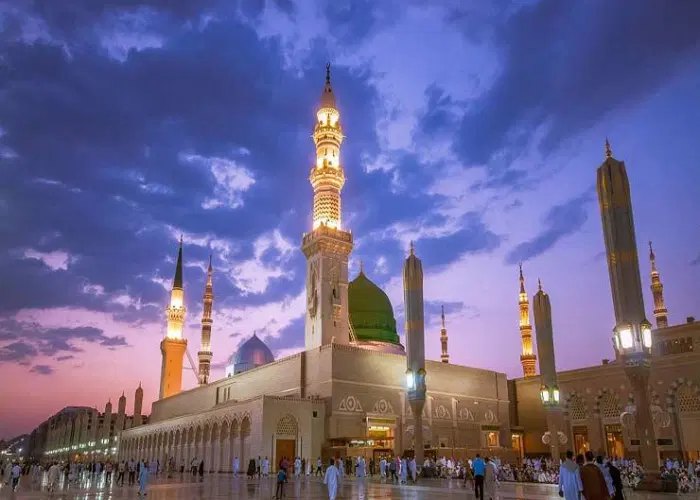 Prophet Muhammed (peace be upon him)

Born an orphan in 571 Ad. in Makkah, known as Saudia Arabia today, Prophet Muhammed (peace be upon him) was raised by his grandfather, who, as head of the tribe of Quraish, was the keeper of the Kaaba. During his youth, he made business trips to Syria on behalf of some traders of Makkah. He distinguished himself from his lot by not participating in the widespread pastime of cheating, killing, and promiscuity. These traits earned him the nickname of Al-Amin (the trusted one) by the people of Makkah.

When he was 40 years old, he had the call to prophethood. Since the teachings of Islam were against the very fabric of society, he was relentlessly persecuted by the natives of Makkah to migrate to Medina, a town 200 miles north. The natives of Medina had already professed to the new faith. The migration from Makkah to Medina also marks the start of the Islamic lunar calendar.

A few years later, Makkah was recaptured by the Muslims, but Muhammed (peace be upon him) continued to live in the Medina and made yearly visits to Makkah to perform pilgrimage to the Holy Kaaba. By the time he died at 63, the entire Arabian Peninsula had professed the new faith. Muslims consider Muhammed (peace be upon him) as a human being selected by Allah to convey His message. He is not divine but just a messenger who came to guide people in the cause of Allah, the one and the only. His message centered around the Quranic saying: “He is Allah, the one! Allah is the eternally Besought of all. He begets not, nor was He begotten. And there is nothing comparable to Him.” Surah A-Ikhlas Verse 1-4. He maintained the best characteristics in his roles as father, husband, friend, ruler, governor, teacher, statesman, protector of the weak, widows, and poor, a guide to the rich, a guardian of the orphans, and a servant of Allah.

The Prophet’s Masjid, also known as Al-Haram Al Nabawi, is a masjid built by Prophet Muhammad (peace be upon him) in the city of Medina in the Al Madinah Province of Saudi Arabia.